All season I’ve been singing the praises of the Twins whose futility has kept the Mariners out of the American League cellar. No more. 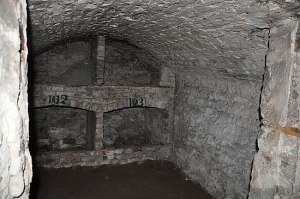 With a loss yesterday to the A’s, the Mariners (.413) are officially the worst team in the AL. They couldn’t muster a single run behind a stellar performance from Erasmo Ramirez who fanned 10 and allowed just three hits over eight innings.

Make that 23, Eric. That’s how many innings it’s been since the Mariners scored their last run. Let me repeat that, not one run in 23 innings. They’ve also lost 5 of 6 to the Padres (.365), the second worst team in all of baseball.

Well, at least the Astros are worse (.411) and they’ll be joining the AL West next year.

This entry was posted on Tuesday, June 26th, 2012 at 3:25 pm and posted in Seattle, Seattle Mariners. You can follow any responses to this entry through the RSS 2.0 feed.
« Seahawks “Trying Too Hard”
Happy Independence Day! »